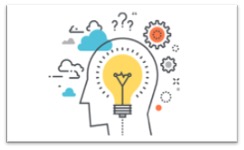 For the past several years, we have been looking into these questions by examining the practice of historical sociology—both by examining how published studies are composed, and by interviewing historical sociologists about their research practices. The first article from this project, “What Do Historical Sociologists Do All Day? Analytic Architectures in Historical Sociology,” was recently published in The American Journal of Sociology. In it, we ask how and why scholars combine theoretical claims and empirical evidence the way they do in their published work. We argue that the answers to these questions are neither self-evident nor idiosyncratic. Rather, scholars use “analytic architectures”—that is, familiar templates for linking theoretical claims and evidence—to guide how they write up and present research. To support this argument, we looked at every book and article that won either the Barrington Moore Book Award or the Charles Tilly Best Article Award from ASA’s Section on Comparative and Historical Sociology between 1995 and 2015. We individually coded in-text citations for what kind of source the authors were citing—theoretical or empirical, and primary or secondary evidence—and how that source was mobilized in the author’s argument—constructively or critically. We coded 15,256 citations in total across 37 books and articles. We then subjected these citations to cluster analysis, a technique that identifies commonalities across different works; and qualitatively examined the clusters that emerged to identify patterns in how theory and evidence are combined in historical sociology.

Using this combination of inductive quantitative and holistic qualitative analysis, we found that “historical sociology” encompasses four distinct analytic architectures that combine theory and evidence in different ways. As Figure 1 shows, these architectures differ in how often they cite primary sources, how heavily they engage with theoretical arguments, and how critical they are of existing work. Each architecture thus reflects choices about what kinds of evidence to present (and in what amounts), how and where (and how extensively) to engage with theoretical explanations, and how to enroll theory and evidence into a coherent presentation of findings and argument. These four architectures are as follows:

1) A first architecture, which we dub “The Theoretical Frontier,” prioritizes engaging with theoretical claims. This architecture gives pride of place both to theoretical criticism and to constructive theorizing, often by explicitly evaluating competing theoretical explanations. In this architecture, evidence (most commonly, existing secondary histories) is used as building blocks brought to bear directly in the service of the evaluation of existing theories.

2) A second architecture, the “Sociologist as Historian,” mirrors the conventions of historians. It emphasizes the use of archival and other primary sources, which are used to nail down an empirically rich and theoretically revealing study. The concentrated presentation of detailed and extensive historical data is thus central, while theoretical citations are typically relegated to a frame in ways that may echo the style of work by historians.

3) A third architecture, the “Macro-Causal Analysis,” constructively combines historical evidence to make claims about large-scale change. This architecture stresses the constructive citation of large amounts of empirical evidence, typically resulting in synthetic comparative accounts or revisitations of classic arguments. In this architecture, unique to books, primary sources fill holes and provide rich detail, but the main power of the analysis rests on an exhaustive foundation of secondary sources.

In addition to identifying these architectures, we also took advantage of the twenty-year span of our sample to examine whether awards flowed to certain architectures rather than others at particular points in time. We found suggestive evidence that architectures come in and out of fashion, becoming more or less likely to receive awards at certain moments in time, as can be seen here in Figure 2. Most notably, the architecture that mirrors historians’ conventions became much more prominent among award-winners in the years immediately following the publication of the third-wave landmark Remaking Modernity. This trend in architectural prominence paralleled a secular trend toward the greater use of primary sources, especially among award-winning books. It also appeared to be somewhat, but not perfectly, related to the composition of awards committees. Analytic architectures thus appear to play an important role in mediating prestige, consecration, and transformations in the practice of historical sociology.

Why does this matter? In the article, we argue that this study of our little corner of sociology has lessons for debates in the sociology of knowledge about how knowledge gets produced, as well as broader disciplinary debates over the value and nature of methodological pluralism. But for historical sociologists specifically, we think there are additional particularly important lessons.

First, “historical sociology” is less of a coherent “thing” than we usually take it to be. We have choices about how we put theory and evidence into dialogue, and structure our arguments. There are in fact multiple recognized “excellent” ways to produce historical sociology, and this productive, peaceful pluralism is something we should celebrate.

Second, analytic architectures appear to play an important role in making our findings legible to one another. They do this in part by signaling what kind of historical sociologist we are trying to be. The choice of the Historian architecture may signal that we value the methods, standards, and evidence of historians; the choice of the Macro-Causal architecture may signal our hope of positioning ourselves within the tradition of Moore, Skocpol, and Wallerstein. We situate others’ work in part by recognizing their architectures—how they connect theory and evidence—and how that architecture relates to the goals and contributions of other scholars who have written similarly.

In fact, the existence of analytic architectures likely helps the subdiscipline to cohere. Although techniques and strategies for historical inquiry have multiplied, when it comes to writing, they tend to be presented in a delimited number of architectures, which engage with and link together theory and evidence in ways that make them legible and recognizable as historical sociology. While we are a diverse bunch, it is not the case that “anything goes” in historical sociology. Instead, our methodological pluralism is tamed within a formal structure that allows for diversity and innovation within recognizable bounds.

Recent Work by Our Members

My Homepage - Revolution in the Air: Lessons from the 1960s