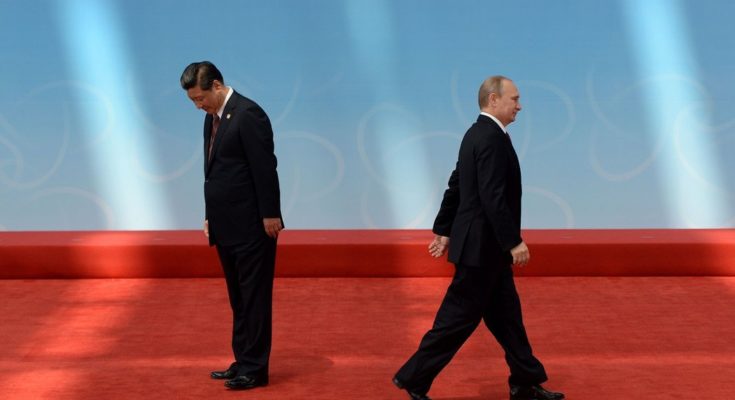 Thanks to globalization, sociology has been transgressing the singular nation-state focus and paying more attention to global processes that encompass the whole world and to transnational processes that cut across national boundaries. With the recent rise of the sociology of empire, we discover yet another unit of analysis besides the national, global and transnational, i.e., the imperial. So many exciting works have been done on Western and Eastern, modern and premodern empires, with empire conceptualized as a multinational geographical space dominated by a single authority. How is the historical study of empires relevant to analysis of contemporary politics?

During the Afghanistan and Iraq wars, when neoconservatives prevailed in Washington, “empire” and “imperialism” become buzzwords in the study of global politics. Political science and sociology books with the “e” or “i” words in their titles abounded. Back then, the U.S. was seen as transforming itself into a global empire after the image of Rome as the center of a universal empire. But just as America was busy and then bogged down in West Asia in its imperial adventure, regional powers that used to be encircled by or freeriding on the U.S.-centered global order, most notably Russia and China, managed to rise as regional powers and tighten their grips on their respective spheres of influence at the expense of U.S. allies.

Over the last two decades, Putin’s Russia annexed territories from and bullied former Soviet republics like Georgia and Ukraine. It overtly or covertly cultivated proxies in Europe to undermine European Union and U.S. influence. In the meantime, China militarized the South China Sea despite competing territorial claims by its neighbors. It also started to turn its economic influence into geopolitical leverage against U.S. allies in Asia and beyond. In the most recent national defense strategy published in January 2018, The U.S. Department of Defense stipulated that its priority would shift from the War on Terror to countering China and Russia as two “revisionist” powers that allegedly coerced neighboring countries and challenged the multilateral world order that US had led since after the Second World War. What we see here is an emerging clash of three empires–the U.S., China, and Russia. We might add other lesser powers like Iran, too.

Understanding the dynamics and predicting the plausible development of this incipient inter-imperial rivalry is a daunting task. So far, the most developed theory on inter-imperial rivalry is Lenin’s Imperialism, the Highest Stage of Capitalism (1917), which employs Marxian political economy to explain the origins of the First World War. According to this theory, capital in advanced capitalist countries always responds to over-accumulation crises and the falling rate of profit in their home countries by investing in underdeveloped countries in hopes of a higher rate of profit. These capital export activities and the security risks they face drive the capitalist state of the home country to project its political and military powers to the destinations of capital export by establishing colonial control or spheres of influence. Major capitalist powers must expand their spheres of influence with the expansion of capital export. Eventually these powers clash when their spheres of influence collide, escalating into world wars.

This theory offers us insights into the escalating tension between the U.S. and China. Under the postwar world order, the U.S. provided security cover for the global flow of capital not only from the U.S., but also from all other capitalist powers, which were U.S. allies in the Cold War.  China’s rise as a new capitalist power has long been grounded on free riding on this U.S.-centric world order. More recently, over-accumulation within China is driving its companies to extend into other developing countries in search of new profitable investments. This wave of capital export is exposing Chinese companies to increased geopolitical risk, prompting the Chinese state to abandon its second-fiddle approach and experiment with ways to project its political and military power overseas. This has led China closer to conflict with the U.S.’s global security umbrella, although China’s capacity in power projection, despite all the hype, is still very limited.

On the other hand, the resurgence of Russia’s global imperial reach, in Eastern Europe and especially in Syria and the Middle East, is much more formidable than China’s. This resurgence is more difficult to understand under Lenin’s Marxian theory of imperialism. As a major gas and oil exporter itself, Russia has not much obvious economic interests to gain by seeking dominance in the Middle East except arms sales. Russia’s global projection of power has little to do with the profit of its corporations. It is driven more by the nationalist, territorialist quest for a return to the nation’s past glory. As such, Weber’s theory of imperialism, which sees “sentiments of prestige” and the will to status, honor, and tax bases of the state elite as the significant driving force of imperialistic expansion, is a more convincing lens through which to view Putin’s imperialist adventure.

If the Weberian theory of imperialism is more adequate in understanding the imperial resurgence of Russia, can the theory also offer insights into certain aspects of U.S. and Chinese imperialism that have been neglected under a seemingly-convincing Marxian framework? It is difficult to deny that the quest for prestige and honor plays a role in U.S.’s and China’s imperialist adventures, too. The question is how the Weberian and Marxian logics of empire are connected in different cases. This has to be dealt with both theoretically and empirically. We are living in a scary time of new inter-imperial rivalry. We are also living in an exciting time that allows us to develop new theories of empire based on empirical observation of events unfolding in real time.

Ho-fung Hung is the Henry M. and Elizabeth P. Wiesenfeld Professor in Political Economy in the Department of Sociology and the School of Advanced International Studies at Johns Hopkins University. His work focuses on China and the political economy of global capitalism.