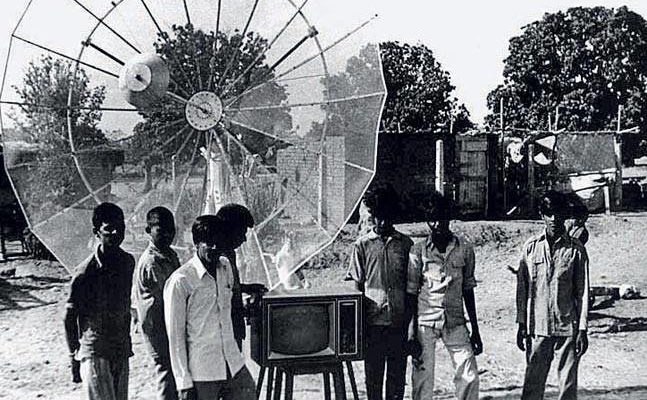 Comparative/historical sociology has long been concerned with large structural changes, such as the transition from feudalism to capitalism, agricultural to industrial society, colonialization and post-colonial dynamics. While such concerns sometimes lead researchers to treat media tangentially, only rarely is media considered a focus. Print, for example, has long been considered important to the transition beginning in the early modern European era. But there is good reason to assess the impact of film and television during the twentieth century, and of the internet in the twenty-first century. Media have come to hold a central place in societies, from everyday life to the workings of political and economic structures, in the U.S. and around the world.

Comparative-historical research needs to catch up. The field of media history has grown greatly in the last two decades, including major strides in the study of audiences and of media outside the U.S. and Europe. Much of that work bears on questions of interest to sociologists. Moreover, with the globalization of media, the topic is well-poised for comparative analysis. Let me give some examples of what such work may offer historical/comparative sociologists.

Media have been an important part of social interactions and societies since the nineteenth century, when reading became a mass phenomenon. Audiences and audience time have increased geometrically since then. Today smartphones and internet access have begun to penetrate even the poorest areas of the world. During the past century and a half, media have, through advertising, been integral to modern consumer capitalism. They have played an important part in colonialism and post-colonial nation-building as well as in cultural hegemony. Moreover, media companies grew from metropolitan newspapers, at the turn of the twentieth century, into global multi-media corporations, at the turn of the twenty-first. While in the 1940s, Hollywood was a relatively small industry in a large economy, today some of the world’s largest companies are media corporations.

In the 1930s and 1940s, American sociologists produced several of the pioneering studies in the field that became communications research, and sociology textbooks included it as an important topic. Then the topic became marginal to American sociology. Only in the last decade or so have communication and media begun to be re-incorporated into “Introduction to Sociology” textbooks.

The rich body of research on media and audience history has now reached a scale that allows us to construct global accounts that deal with the economic, social, and cultural dimensions of media, accounts that can reveal similarities and differences across time, cultures, and geography, and that can point to exciting conclusions.[1]

Differences of power and subordination are reflected in divergent reactions and relations to media and media content. When moviegoing was the predominant entertainment before television, working-class and middle-class moviegoers in the same city, whether New York, London, Paris, Mumbai, or Shanghai, attended different cinemas, preferred different film genres, and used the theater as a place reflecting their different class norms. Working class viewers, for example, gravitated to more informal cinemas with accommodating management, and were more sociable and vocal as audiences.  In “traditional” cultures of Muslim West Africa and Hindi India, male village elders disapprove of television’s influence on women and teens. Today, cross-cultural differences are evident in mobile phone and computer use. In the West the mobile phones, tablets and computers are treated as personal and individual, even intensely so, reflecting the emphasis on individuals in those cultures; whereas in parts of South and Southeast Asia, with greater emphasis on family ties, for a time at least phones have been kept in a basket at the door where family members can take anyone as they go out, and parents might stand over an adult child’s shoulder and kibbitz while he is on a social media website.

Perhaps even more striking than different reactions to media are similarities in audience behaviors when confronted with the same medium. For example, women in strikingly diverse cultures, from the U.S. in the 1940s, to Latin America and India in the 1980s, to Egypt and West Africa at the turn of the millennium, shared an interest in soap operas or telenovelas and often in very similar ways: they applied lessons they took from them to their familial relationships. Another similarity occurred in the early days of moving pictures across the U.S., Europe, Rhodesia, and elsewhere, when widespread stories reported audiences new to film mistaking the moving image as reality.

These cross-cultural convergences push us to seek explanations beyond simple cultural relativity or “human nature” to commonalities of structure across diverse societies. These similarities may arise instead from a common ground of everyday life practicality. Across a wide range of cultures people must navigate similar face-to-face situations and relationships, such as between spouses, parent and child, neighbors or friends. This seems to be illustrated also by numerous accounts of the reactions of peoples around the world upon first encountering alien tools. Where some practicality of a tool is evident to them, they adopt and adapt it to their own use; where such practicality seemed obscure to them, they were less inclined to adopt it. The curiosity of audiences new to movies may be read as at least partly a process of such investigation. The rapid adoption of mobile phones even in remote areas and poor communities is due in large measure to how they have been adapted to local uses. People have found ingenious solutions to charging phone batteries where there is no electrical service, and have devised schemes to minimize the costs of phones and phone service.

This leads us to consider cultural hegemony and its ebb and flow in the case of screen culture. Moving-image technologies were developed in the U.S. and several European countries simultaneously. Differences in domestic circumstances first favored French companies’ leadership in the distribution of film internationally. Even in the U.S., for example, the French company Pathe was dominant during this early phase. But soon, due in part to the outbreak of World War One, U.S. film companies displaced the French and then held sway internationally for several decades. But by the new millennium, that hegemony has been challenged. With industrialization and modernization drives in post-colonial societies, there have arisen multiple film centers that rely on multi-national investments and reach consumers in many countries. In the U.S., Spanish-language television networks with roots in Latin America, are even challenging English-language networks that have grown up isolated in the U.S. Bollywood and Chinese films as well have gained some popularity beyond Indian and Chinese diasporas. Thus, cultural distribution is shifting from vertical, unidirectional hegemony to a horizontal, multi-directional exchange. This may eventually resolve into another era of hegemony, but it is currently in flux.

Cultural hegemony has been a critical political as well as economic concern for colonial administrators and post-colonial governments. Britain, France, and other colonial rulers imposed censorship on film and instituted their own film-making and radio to bolster their imperial power. Upon independence, post-colonial governments in Egypt, India, and China attempted to reverse this process by restricting and censoring imported films and owning and operating national film, radio, and television production facilities.

The foregoing suggests that it would be fruitful for comparative and historical sociologists to increasingly address themselves to media and communication. I encourage other CHS scholars to incorporate the impact of media in their own thinking and research, as I have encouraged media scholars to think historically and comparatively–and sociologically.

Richard Butsch is Professor Emeritus of Sociology, American Studies, and Film and Media Studies at Rider University. His research has long focused on histories of audiences and media culture. His books include The Making of American Audiences: From Stage to Television,1750-1990 (Cambridge University Press 2000), The Citizen Audience: Crowds, Publics and Individuals (Routledge 2008) and Screen Culture: A Global History (Polity Books 2019). He is currently editing a special section on histories of audiences for Participations the journal of audience studies, and beginning his next book, tentatively entitled The Importance of the Social.

[1] For my own work on this topic, see, most recently, Richard Butsch, Screen Culture: A Global History (Polity 2019) and, with Sonia Livingstone, Meanings of Audiences: Comparative Discourses (Routledge 2013).

Symposium and Edited Volume on The Sociology of Corruption

Recent Publications by Our Member

stromectol 12mg for covid 19 - The crisis of history and the history of crisis: historical sociology as a “crisis science”

order ivermectin 12mg for humans - The crisis of history and the history of crisis: historical sociology as a “crisis science”