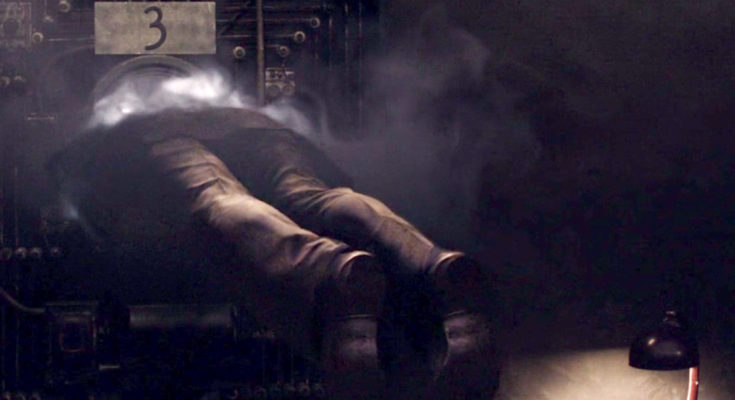 The very idea of an ASA section dedicated to “Comparative and Historical Sociology” may be puzzling to some sociologists. How do these two ideas, comparison and history, fit together, and how do they relate to sociology? It may seem to some like an unnecessary luxury to add this section to a discipline that already lacks a center and constantly generates new sub-specialties.

As American sociology retreats ever more resolutely into the present (to paraphrase Norbert Elias [1987]) and focuses ever more exclusively on the United States as its geospatial frame of reference, I want to pose some basic questions that I hope we can talk about at the mini-conference and the main conference in Philadelphia this August. Why should sociology be historical and comparative? What do comparison and history have to do with one another? Why is it important to have a separate section on comparative and historical sociology?

All sociology is historical and comparative

First, consider the problem of history in relation to sociology. On the one hand, sociology is always historical. Every analysis of the present becomes historical as soon as it is committed to thought, language, computer, paper. Every social object is historically constituted. To understand any social practice, phenomenon, object, or event we need to reconstruct its genesis and genealogy and its evolution and change over time. Even the most resolutely static and presentist approaches are unable to hide the historicity and mutability of their analytic objects. On the other hand, insisting on the historicity of sociology is a way of making sociology more critical, more self-reflexive, and more fruitful. Historical sociology is a way of “dispelling the illusions of false necessity” (Calhoun 2003: 384), and is in this respect an essential part of any critical social science. The history of sociology demonstrates how easily sociologists forget that (1) all social objects are shaped by their genesis and historical constitution and are in this respect arbitrary or contingent rather than universal and immutable; (2) historical processes do not take the form of uniform laws but are shaped by unique, contingent conjunctures of causes; (3) social objects are typically grasped using inherited and spontaneous categories that need to be reconstituted, criticized, and consciously reformulated; and (4) engaging in undistorted, dialogic, open-ended discussions with historians can actually make sociology more interesting and generate new concepts and theories (Steinmetz 2017).

Second, consider the problem of comparison. This is in some respects an even broader category than historicity. Thinking itself is impossible without comparison. Language itself is constituted through differences (among phonemes, letters, words, etc.). Such differences can only be perceived through comparative judgements. Categories, including scientific concepts, are constructed in language and are therefore grounded in comparisons. Mental comparisons are essential to all forms of scientific method, including retroduction, which is an essential part of all social science (Pawson and Tilley 1997). Comparative methods in social science cannot be replaced by transnational approaches, even if the latter serve as an essential complement to comparison (Steinmetz 2014).

The raisons d’être of the comparative and historical sociology section

There are still good reasons for maintaining a specific section. One is that the section’s work serves to continuously and emphatically remind the rest of the discipline that sociology is inherently historical and comparative. We need to maintain the CHS section alongside transnational and global sociology, since there were (and still are) societies without states (or “nation states”) and social processes that are neither transnational nor global. Sociology should not content itself with the small sliver of history since the rise of the modern state or since the rise of “globalization.”

Making these sorts of arguments as a “collective intellectual” (Bourdieu), that is, as an entire section of the discipline, within the disciplinary field, is more effective than arguing individually or as “specific intellectuals” (Foucault).

For evidence of the pervasive presentism of U.S. sociology, one only needs to look at recent issues of American Journal of Sociology (AJS) and American Sociological Review(ASR). Titles of articles about the present – the vast majority of them — usually do not indicate any era, period, or time frame, and are written in the sociological present tense.[1] This convention conveys an image of the social world as being governed by unchanging universal laws and logics of necessity, undercutting policymakers’ good intentions about “changing the world.” The message is that the present is the same as the past, or that the past is simply not interesting, and that social objects are eternal and do not need to be historically reconstructed or contextualized in order to be explained and transformed.

Turning to comparison we should consider the pervasiveness of the syndrome of Methodological Homelandism. This is not unrelated to a different syndrome in Anthropology that Trouillot (1991) called its “Savage Slot”—the idea that Anthropology involves the study of the “primitive” Other. Sociology, it follows, involves the study of the “Self.” This ontologically meaningless (but politically odious) scientific division of labor was rejected by social scientists from the colonized and colonizing countries during the middle decades of the 20th century (e.g., Mercier 1951; Elias 1963). In the newly-created African and North African universities, “anthropology was demoted to a subdiscipline of sociology” or banned outright (Colonna 1972). But this disciplinary division of labor was never attacked with much vigor in the U.S. and it has returned with a vengeance almost everywhere since the 1970s.

The equation of sociology with the study of one’s own society undercuts efforts to dissolve the idea that the nation state is the default frame or unit of sociological analysis (Martins 1974; Bogusz 2018). For evidence of the robustness of methodological nationalism we can again peruse the titles of AJS and ASR articles.[2]Articles about the US usually do not contain any indication of location or place in their titles, while the titles of articles about other parts of the world usually name those places. This practice communicates two possible messages. The first is sometimes made explicit, as in modernization theory (Knöbl 2001): the United States serves as a model for rest of the world. The second reading is that the rest of world simply doesn’t matter much.[3] We should not assume that the U.S. is unique in this regard. Even in India, Morocco, and other countries that passed through a phase of European colonialism, sociology tends to be defined as the study of the modern, national Self, Anthropology as the study of the more “primitive” Other.[4] A section like ours can serve a bulwark against such rigorous presentism and self-centered parochialism.

Historical sociology and the History of sociology

First, as part of the self-objectifying approach to scientific reflexivity (Bourdieu). We may wish to understand where our own scientific categories and concepts come from and the origins of the extant division of social scientific labor in order to do better research. This requires a historical sociology of our own science.

Second, the history of sociology is important even if our main focus is something other than social science. Modern social science shapes social, political, and economic events and processes. If we are interested in government policy, we can analyze the intentional production and deployment of expert social-scientific knowledge. Examples include cameralistics, counter-insurgency research, modernization theory, behavioral economics, much immigration research, much social policy research, and most of the field of law. Many other policies and practices are influenced unintentionally by social science. In other instances, policies and practices are shaped indirectly. The world’s first welfare state in Imperial Germany was profoundly shaped by proto-sociological discourses on society and the social question (Steinmetz 1993). The basic parameters of modern colonial policies (especially “native policy”) cannot be understood without reconstructing precolonial amateur and professional ethnography, Orientalism, and racial theory (Said 1978; Steinmetz 2002, 2004; Goh 2007).

What better venue could there be to discuss these and other urgent topics than the Comparative and Historical Sociology Section’s mini-conference on “The Crisis of History and the History of Crisis,” to be held August 10th in Philadelphia at the University of Pennsylvania?[6] I urge all section members and anyone else who believes that historical and comparative approaches need to remain alive and well in American sociology to attend the mini-conference and the special sessions sponsored by the section during the regular conference in the days that follow.

George Steinmetz is the Charles Tilly Collegiate Professor of Sociology in the Department of Sociology and the Department of Germanic Language and Literatures at the University of Michigan and a Corresponding Member of the Centre de Sociologie Européenne, Paris. He is a social theorist and a historical sociologist of states, empires, and social science.

[1] The sociological present tense focuses ontologically on the moment of research and writing. Works written in sociological present tense either ignore everything anterior to the moment of analysis or relegate the past to “background” conditions. This epistemological stance became part of the positivist methodological unconscious in postwar US positivist sociology. It was so well codified that even a sociological study that drew on historical data could be divided into a present—the moment of the “dependent variable”—and historical “background.”

[2] The most recent volume of AJS, at the time of writing (Volume 123) demonstrates this pattern. In issue no. 6 (May 2018) there are six articles, only one of which lists a time and place in the title (“Gilded Age America”). None of the articles in issue 4 list place names, and all of them are set in the United States (although one lists the Postbellum South in the title—places and spaces that are not the present day US both break the spell of positivist universalism). In issues 2 and 5 the only article titles that include a place name are set in countries other than the US (the sole exception is an article on Arizona). Krippner’s article in issue 1 of volume 123 is the great exception to the rule, as it names both a time (the late twentieth century) and place—“America” (Krippner 2017). A non-systematic scan of the ASR, or of the AJS in earlier years reveals the same pattern: titles only situate their subject in time and space when it is not located the US or does not take place in the immediate present.

[3] See interviews with department chairs of sociology (and political science and economics) departments in major US research universities in Stevens, Miller-Idriss, and Shami (2018).

[4] Interview by the author with anthropologist Abdellah Hammoudi about sociology and anthropology in post-Independence Morocco, on May 10, 2018, in Princeton, NJ. For India see Bandeh-Ahmadi 2018; Uberoi, Sundar, and Deshpane (2007).

Steinmetz, George. 2014. “Comparative History and its Critics: A Genealogy and a Possible Solution.” Pp. 412-436 in Prasenjit Duara, Viren Murthy and Andrew Sartori, eds., A Companion to Global Historical Thought. Blackwell.

Steinmetz, George. 2017. “Field Theory and Interdisciplinary: Relations between History and Sociology in Germany and France during the Twentieth Century.” Comparative Studies in Society and History vol. 59, no. 2 (April 2017), pp. 477-514