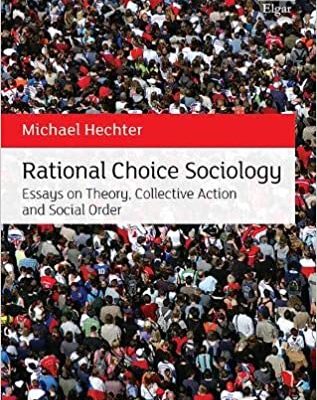 Whereas rational choice theory has enjoyed considerable success in economics and political science, due to its emphasis on individual behavior sociologists have long doubted its capacity to account for non-market social outcomes. Whereas they have conceded that rational choice theory may be an appropriate tool to understand strictly economic phenomena – that is, the kinds of social interactions that occur in the gesellschaft– many sociologists have contended that the theory is wholly unsuitable for the analysis of the kinds of social interactions in the gemeinschaft – such as those occurring in families, in social groups of all kinds, and in society at large. In a variety of non-technical chapters, Rational Choice Sociology shows that a sociological version of rational choice theory indeed can make valuable contributions to the analysis of a wide variety of non-market outcomes, including those concerning social norms, family dynamics, crime, rebellion, state formation and social order.