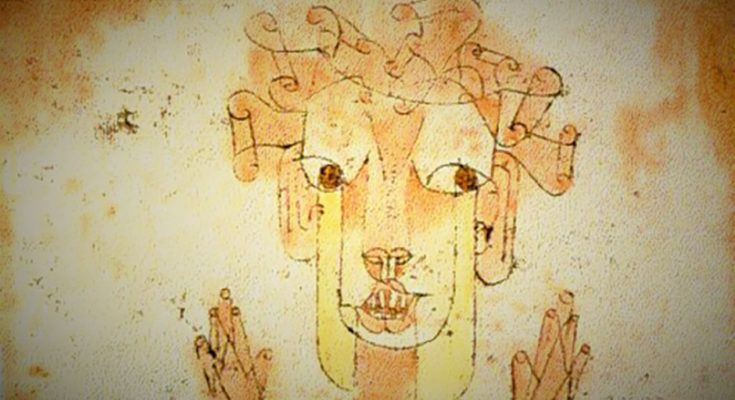 “The current amazement that the things we are experiencing are still possible… is not philosophical. This amazement is not the beginning of knowledge – unless it is the knowledge that the view of history which gives rise to it is untenable” — Walter Benjamin, Thesis viii, “Theses on the Philosophy of History”

Over the past few years, the concepts of history and time have become central issues. We structure our understanding of politics, often with a sneer at the other, by reference to time: progressives vs. conservatives. The narratives of the 2016 U.S. presidential election were narratives constructed about time. One the one hand, progress coupled hand in hand with a history of experience: “her time,” the first female U.S. president, and the surety of the qualified status quo. On the other, the narrative of making America great again, a nostalgia, proclaimed by an anti-status quo candidate; a business man rather than a politician. Two interwoven narratives, each defined by a strange combination of the reassurances of established narratives and traditions. Currently the debates playing out in contemporary culture remain bifurcated between the promises of time common to both “left” and “right”, a nostalgia to reclaim a golden time of the past (the bygone era of White Christian America; the new Golden Age of Obama) characterized by the presence of messianic figures coupled with a narrative of progress, whether that progress is defined by realization or reclamation; a realization of entry into a promised land or the reclamation of a lost Golden Age.

The manner in which time and history are constructed is not unimportant and are not givens. Kant, for example, saw time along with space and causation as the central transcendental a priori categories which determine our experience of the world; they are the conditions of possibility without which experience would not only be meaningless, but empty [1]. Contra Kant, however, these categories must be understood in historical and cultural categories terms. Foucault (1982) captured this with the language of epistemes–historical a prioris–rather than universal and rational a prioris. As historical a prioris, epistemes are the deep discursive structures and systems governed by (often implicit) rules and logics that outline the discursive possibilities within a given domain and period. It is the way in which we order things, and includes structuring concepts such as time, space, and history.

In his philosophical rumblings, Walter Benjamin famously divided history into (using the Greek terms) chronos–chronological time, linear, and historical–and kairos–the mythic indeterminate moment, the event, the time when something occurs [2].

The first kind of time is historical time defined by “progress”; chronos, the trampling march of history that, like the god of its namesake, devours everything. The past flitters by, seized only as an image that appears briefly before falling back into the blur of historical succession which we desperately attempt to give form with dates. Chronos is a concept of time often presented as being governed by forces that, in many ideologies of history, seems directed by a someone pulling strings in a distant place; a hidden figure who is able to win out every time and perhaps best encapsulated in the phrase “the arc of the universe is long, but it bends towards justice.”

For Benjamin, chronos is deceitful insofar as the literal passage (progression) of time is coupled with the myth of progress, albeit punctuated with periodic moments of crisis. But, as Benjamin highlights, this is far from universal history. For the oppressed, the passage of time is experienced differently; crisis and the state of emergency is not the exception, but the rule, and progress is a fantasy. The progress of history is not a movement facing the angels of our better nature. The arc of history is a single catastrophe which piles wreckage upon wreckage. It is a history that is violently and blindly thrown forward by the winds of “progress.” As Benjamin, and many others, have noted, our experience of history, and our concepts of time, are intertwined with our trajectories through social structures.

Benjamin contrasts the concept of “chronos” with the concept of “kairos”: mythic time defined by the faint possibility of messianic redemption, a time filled by the promise of the now which at any moment provides the possibility that the future will not resemble the past. A time of utopian hopes which supervenes upon history. In a similar vein, Jean-François Lyotard, the infamous postmodern scoundrel who dared proclaim incredulity towards metanarratives, defined modernity and postmodernity in similar but less theological terms, arguing for a reclamation of modernity as the possibility of returning to the site of the new to birth alternatives.

“Kairos,” according to Benjamin, is not simply a messianic time. It is also a time defined by the narrative of apocalypse. This is a genre which has become increasingly popular in recent years, the model and staple ingredient of countless news articles and opinion pieces, from both the left and right. It is a genre characterized by short, affective sentences filled with emotive language, images of endings, unprecedented events, death, wars, famines, and the threat of annihilation. Donald Trump discusses the ruination of traditional America amidst conspiracies propagated by conservative talk-radio stations. Alex Jones, drawing out from holy writ, made the claim that “Hillary Clinton and Barack Obama are plagued by swarms of flies wherever they go. Why? Because they smell like sulfur. Why? Because they are possessed by demons. Indeed, [they] may actually be demons” (quoted in Gorski 2017: 345).

But, the left is not above apocalyptic rumors and proclamations either. Indeed, Trump is viewed as an apocalyptic figure likely to bring about the end of the world, referred to on social media people as T***p, 45, with all the force of a Voldemortian injunction: he who must not be named. Timothy Synder’s Twenty Lessons from the Twentieth Century on How to Survive in Trump’s America circulated days after the election to prepare us for the coming holocaust with such proclamations as, “Be as courageous as you can. If none of us is prepared to die for freedom, then all of us will die in unfreedom.” Yes, this is secular, but certainly no less apocalyptic in tone.

This is not to trivialize the very real crises, which are many and serious, or to suggest that these concerns are unfounded. But how time and history are conceptualized within culture, particularly in “unsettled times”, is important and telling. Our concept of time is soaked in cultural narratives and images that define how we approach and think about significant events. In politics, time informs and structures our political imagination, and it imbues history with meaning and promise.

Kairos and “the future”: Civil Religion

In the case of America, this history is soaked in civil religion. In his analysis of “Why Evangelicals Voted for Trump,” Philip Gorski draws attention to the history of religious nationalism. He identifies an intertwined blood and apocalypse motif. The blood motif is a narrative informed by the rhetoric and metaphors of blood, encompassing everything from purity, to sacrifice, to martyrs, cast around the special mandate of a special people embodied and battling for the heritage of the Judeo-Christian tradition against an apocalyptic hellscape of Islamic terror and gangs of criminal immigrants. The apocalyptic motif represents the fearsome struggles with beasts and giant monsters, often allegorically translated into struggles against sin and corruption in general. All are faint echoes of deep narratives that have become stock elements of mythic cultural narratives about time and space; pollution and purification, apocalypse and salvation, corruption and renewal. It is a weaving together of the ethical vision of the Hebrew prophets and the chosen people with civic republicanism, cast not in either religious or secular terms, but in a mixture of both. It is a blend of religious and secularized images and narratives, drawn upon again and again in the arena of politics.

This historical debt weighs like a nightmare on our deeply cultural and mythic accounts of time, and conditions our response to how we view and respond to historical time and historical events. It was not without reason that Nietzsche, in looking to move beyond Christian influence, was determined to find a different expression of time as a basic category of both philosophy and experience, and so he returned to notions of time as circular rather than linear, recurring rather than progressive (let alone messianic). For Nietzsche, the concept and experience of time itself had become so penetrated by the moral and teleological features embodied in the Christian theological notion of time that to move beyond our historical and cultural debt to Christianity required reformulating time itself. “All that is straight lies” (Nietzsche 1995:158).

In a similar vein perhaps, what is needed at this point in time is a step back and a reflexive deconstruction of the notion of the time of history itself via a brief history of time. To my mind, while the language of progress, redemption, and apocalypse is helpful for stirring the blood, perhaps the experience of disillusionment, of a paradise lost, can be put to work in the shedding of illusions about time and history itself and becoming more reflexive about our dependence upon cultural historical narratives, attending instead to the mythic construction of time in this brief moment of history.

Timothy Rutzou is a postdoctoral associate and lecturer in the Sociology Department at Yale University. He is a sociologist and a philosopher with a focus on the sociology of knowledge, continental philosophy, and philosophy of science and social science.

[1] Although, we might note that, for Kant, causation can really be understood in terms of the relationship between space and time, proximity and succession.

[2] These themselves are, of course, historical a prioris that have structured much of Western philosophy and theology, particularly continental philosophy (e.g., Michel Foucault, Jean Francois Lyotard, Gilles Deleuze, and particularly Alain Badiou).

Foucault, Michel. 1982. The Archaeology of Knowledge: And the Discourse on Language  New York, NY: Vintage.

Nietzsche, Friedrich. 1995. Thus Spoke Zarathustra: A Book for All and None. Translated by W. Kaufmann. New York: Modern Library.