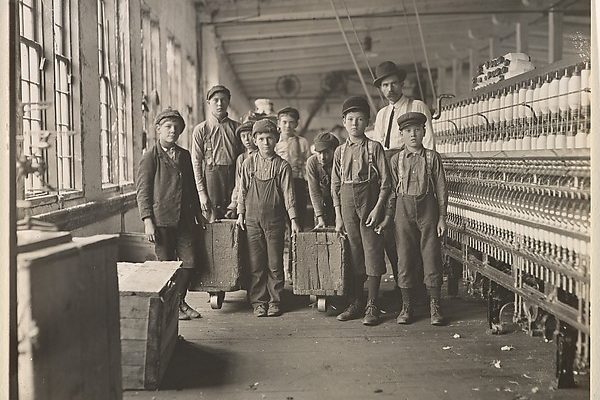 “The wealth of societies in which the capitalist mode of production prevails,” Marx writes, “appears as an ‘immense collection of commodities’” ([1867] 1977: 125). With these words he began Das Kapital, his wide-ranging, never completed analysis of capitalism. And whether inspired by Marx’s analysis or not, many have inquired into the meanings of this “immense collection of commodities.” These are sometimes inquiries into the character of consumption, a phenomenon that Adam Smith, nearly a century earlier, had deemed the “sole end and purpose of all production” ([1776] 2003: 839). We might ask what people do with all of these commodities. Or we might ask how we come to desire these commodities and about the consequences of their proliferation for our selves, societies, and environments. Further, we might ask about the historical emergence of this proliferation of goods. In so doing, we try to figure out or decipher their appearance in our lives. Of course Marx, we are told, supplies us with few resources for understanding what consumption in capitalist societies means. The consumer is, apparently, the mechanical appendage to a process that begins in the guts of capitalist production. To cast consumption as a mere appearance or epiphenomenon of capitalist production expresses a “productivist bias”. This productivist bias refers to interpretations that treat consumption as a consequence of production and to a purported disregard for the lives, thoughts, and experiences of people as purchasers and users. Thus, critics encourage us to look beyond Marx to make sense of these goods – bought and used – that populate our worlds.

For instance, we are encouraged to focus on the social dynamics and cultural contexts of consumption, which can help us understand how these goods matter to us. At its simplest, consumption matters as a form of communication. We can cement our relationships with friends and loved ones through acts of shopping. In provisioning for another or giving gifts, we can enact our concern for others and establish debts that bind us to one another. Or we can distinguish ourselves within and across social strata via our tastes. Thus, consumption matters not merely as communication, but as a competitive strategy. In feudal Europe and throughout colonial empires, sumptuary laws attempted to regulate the ability of lower class, caste, and status people to dress in the manner of their social superiors. Such laws attest to the longstanding power of consumption both to communicate with as well as distinguish from others in social life. But consumption matters further as a means of establishing and elaborating a sense of self – as a member of social groups and as an individual. This has been noted, repeatedly and with varying degrees of disdain, since the late nineteenth century. We consume as a means of establishing and embodying who we are.

But consider, now, three brief examples. In 1792, with the abolitionist movement beginning to blossom, an anonymous pamphlet began with a verse from the Apostle James, “Pure religion and undefiled before God and the Father is this, To visit the fatherless and widows in their affliction, and to keep himself unspotted from the world.” It continued, “Now, if many thousands are made fatherless and widows, by the grievous oppression of our fellow creatures in the sugar colonies, and by the trade to Africa for negroes, to supply the place of those who are worn out, or destroyed by excessive labour and cruel treatment, is not the produce of such labour polluted with blood?” (1792: 2). The short pamphlet insisted that the rum and sugar produced by slaves were polluted, and that it was the duty of all Christians and those who sought the abolition of the slave trade to refrain from the “purchase and use” of slave-made goods (1792: 4). The author viewed the meaning of slave-made rum and sugar in terms of the goods’ origins and consumers’ responsibility for them: “it must be admitted that the consumers are supporters of those iniquitous proceedings; and without them the slave-trade, with its lamentable consequences, must soon cease” (1792: 4). As sugar and rum accumulated in the colonial metropole, some abolitionists understood their appearance, in part, as indelibly bound up with the labor behind those goods.

Just over a century later, in 1899, reform-minded women ushered in the “Progressive Era” by investigating working conditions in Chicago, New York, Massachusetts, and several other eastern U.S. states. They banded together to establish the National Consumers’ League (NCL). In their constitution, the NCL observed “that the responsibility for some of the worst evils from which producers suffer rests with the consumers who seek the cheapest markets regardless how cheapness is brought about” (1899: article II, sec. 2). On this basis, they concluded it is “the duty of consumers to find out under what conditions the articles they purchase are produced and distributed, and insist that these conditions shall be wholesome and consistent with a respectable existence on the part of the workers” (1899: article II, sec. 3). Once again, this group of reformers understood the meaning of these goods in terms of the labor that produced them. Furthermore, they also identified consumers as responsible for the inequities in the production process. The NCL went so far as to cast employers as “virtually helpless” to promote just labor conditions owing to the “stress of competition” (1899: article II). To organize people as ethical or thoughtful consumers, they thought, would spur changes in the production process. While differing in tone and style from the abolitionists, the members of the NCL were prepared to see the significance of consumer goods in relation to the workers and character of the labor that produced them.

Finally, over two centuries removed from the abolitionists, in 2015, a UK-based non-profit organization called Fashion Revolution staged a “social experiment.” In the heart of Berlin’s Alexanderplatz, they placed a vending machine that promised t-shirts for the bargain price of two Euros. When people inserted their money for the shirt, they were shown a video that traced the origins of this deal. “Meet Manisha,” the screen read, “one of millions making our cheap clothing for as little as 13 cents an hour each day for 16 hours.” The text was superimposed onto images of dignified, predominantly female workers in dingy factories. At the close of the video, people were given the option of buying the t-shirt or donating to the organization. Fashion Revolution promotes greater transparency in the fashion industry and spearheads social media savvy campaigns to ask brands #whomademyclothes. These campaigns draw attention to the laborers behind the goods and ask consumers to pressure manufacturers to reveal these working conditions. Like their abolitionist and NCL predecessors, Fashion Revolution invoke the labor behind commodities to evoke a sense of responsibility in consumers. The meaning of the cheap t-shirt and other products of fast fashion arises in relation to the labor that goes into it.

In these examples, spread out over three centuries, I submit that we may find crucial resources to understand the meanings of consumption in capitalist societies: consumers wonder, again and again, about their relationship to the workers who make the goods that they buy and use. There are obvious and relevant substantive differences in the manner through which abolitionists, progressive-era consumer activists, and contemporary consumer activists articulate the connection between consumers, commodities, and workers. There are also historically-specific strategies and practices for promoting this interpretation of consumption. Furthermore, the social and cultural contexts of consumption will surely inform who engages in and promotes this labor-oriented interpretation. No person needs to consider goods in terms of their origins, any more than a person needs to treat consumption as communication, distinction, or self-identification. What intrigues, though, is the almost uncanny repetition of this meaning across distinct periods in the development of capitalist societies (Sewell 2008). Confronted with growing collections of commodities, consumers have interpreted their appearance in terms of the labor that produced them. To make sense of this repetition, we can begin, following Marx, with the appearance of wealth in the accumulation of goods and seek the relations as well as principles that these goods embody. Rather than skip over the matter of production in relation to consumption, we must engage the relationship directly. This, after all, is what some consumers have been doing for centuries.

Tad Skotnicki is an Assistant Professor of Sociology at the University of North Carolina at Greensboro. He researches the history of humanitarian consumerism and capitalism, social movements, and social thought.