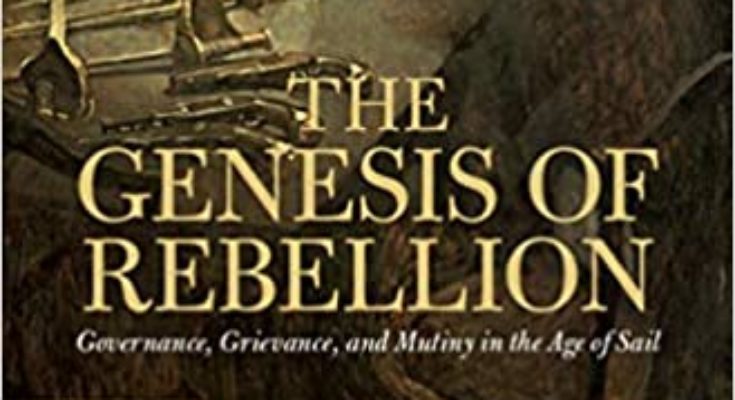 Steven Pfaff and Michael Hechter, The Genesis of Rebellion: Governance, Grievance and Mutiny in the Age of Sail. Cambridge and New York: Cambridge University Press, 2020.

The Age of Sail has long fascinated readers, writers, and the general public. Herman Melville, Joseph Conrad, Jack London et al. treated ships at sea as microcosms; Petri dishes in which larger themes of authority, conflict and order emerge. In this fascinating book, Pfaff and Hechter explore mutiny as a manifestation of collective action and contentious politics. The authors use narrative evidence and statistical analysis to trace the processes by which governance failed, social order decayed, and seamen mobilized. Their findings highlight the complexities of governance, showing that it was not mere deprivation, but how seamen interpreted that deprivation, which stoked the grievances that motivated rebellion. Using the Age of Sail as a lens to examine topics still relevant today – what motivates people to rebel against deprivation and poor governance – The Genesis of Rebellion: Governance, Grievance, and Mutiny in the Age of Sail helps us understand the emergence of populism and rejection of the establishment.