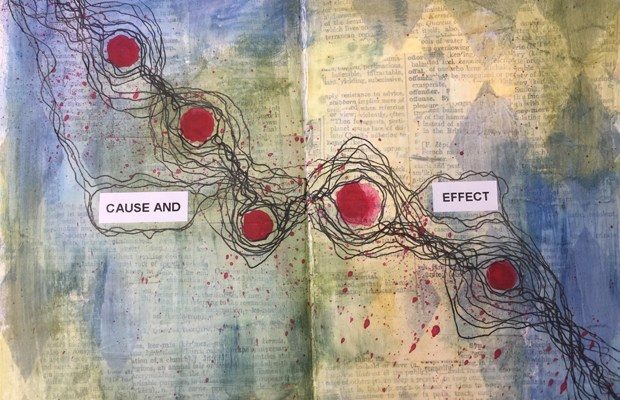 Historical and case study analysts have long focused attention on critical events—sometimes referred to as watersheds, turning points, or critical junctures—when explaining outcomes of interest. These analysts suggest that, during relatively well-defined periods, cases experience occurrences that are highly consequential for their subsequent development. Examples of critical events from comparative- historical work include the choice of coalitional partner by liberal political parties in interwar Europe (Luebbert 1991); episodes of labor incorporation into the state in Latin America (Collier and Collier 1991); the fate of tribal groups during independence struggles in North Africa (Charrad 2001); the formation of inter-ethnic associations in Indian cities (Varshney 2002); and the choices by white moderates about racial exclusion in the United States, Brazil, and South Africa (Marx 1998).

In this paper, we seek to contribute to this literature by offering a framework for the identification and analysis of critical events in case study research. The paper is motivated in part by the lack of a theory of causality in the literature on critical junctures and path dependence. As a result, when researchers assert that event X was a critical juncture for outcome Y, it is hard to know exactly what they mean by the assertion. This framework offers a general theory of causality for the analysis of individual cases.

We define a critical event as a contingent event that is causally important for an outcome of interest in a particular case. The definition features three components: event, contingency, and causal importance. An event is a temporally bounded state of affairs. To serve as causes in explanations, events must be well-defined. We define a contingent event as an event that was not expected to occur, given well-specified expectations. Causal events are also a subset of all events, X as a causal event for Y if: (1) X and Y are events that occur in the actual world; (2) X occurs before Y in time; and (3) there is a logical relationship between X and Y that can be specified using necessary and/or sufficient conditions. Causally important events are a subset of causal events. We define and measure the causal importance of an event for an outcome using two dimensions: logical importance (i.e., the extent to which the event is necessary or sufficient for an outcome) and logical relevance (i.e., the extent to which the event is necessary and sufficient for an outcome). A causally important event has a high level of logical importance and a non-trivial level of logical relevance.

Our framework is part of a larger and ongoing scholarly effort to develop a theory of token (or actual) causality. With token causality, one explores whether a specific state of affairs is a cause of a specific outcome in a particular case. Although case study and historical researchers have made much methodological progress in recent years, they still lack a fully adequate framework for the study of token causes.

Our approach to critical event analysis is broadly consistent with regularity theories of causation. Regularity theories hold that causation between X and Y is marked by spatiotemporal contiguity, temporal succession, and constant conjunction (Mackie 1974; Wright 1985; Psillos 2002; see also Hume 1975; Mill 1911). We introduce two refinements to extend a regularity theory to the analysis of individual cases. First, the cases under analysis are almost entirely possible cases rather than actual cases. The use of possible world semantics and counterfactual analysis allow us to gain the leverage needed to examine regularities when only one actual world case is under analysis. Second, our framework derives inferential power by analyzing the chain of events that links an initial event X to a final outcome Y. In analyzing this causal chain, however, we retain a regularity approach: each of the links in the chain is a separate relationship among events that is analyzed as a causal regularity.

Events are well-bounded episodes marked by the unfolding of coherent modes of activity. They serve as temporal and substantive anchors for organizing the analysis of a case study. A well-defined event is temporally bounded; that is, it has a crisp beginning and end. The temporal boundedness of events facilitates their use in causal analysis. In addition, a well-defined event calls attention to its specific components—what we call its sufficiency properties and its necessity properties.

First, events play a productive and generative role in actively bringing about an outcome (cf. Lewis 2000; McDermott 2002). We call this aspect of an event its sufficiency properties. Events produce outcomes by generating a distinctive process that culminates in the outcome of interest. Second, events play a permissive and enabling role in allowing for the occurrence of an outcome. We call this aspect of an event its necessity properties. Events enable and permit outcomes by influencing the context or circumstances in which the outcome occurs. To identify necessity properties, therefore, the analyst can consider those aspects of the event whose counterfactual negation would (or would likely) cause the negation of the outcome of interest.

The concept of contingency has been used in the social sciences in different ways. However, we argue that despite differences, formulations have in common the following idea: an event is contingent when it is not expected. The source of these expectations may vary, ranging from likelihood functions to theoretical traditions, to known causal factors, to common sense intuitions. In each case, however, the contingent event is not well anticipated by the relevant model, theory, function, or belief system. In this sense, events are contingent vis-`a-vis our expectations; our expectations make events contingent. It is worth noticing that this understanding of contingency is consistent with the philosophical definition: a contingent event is neither necessary nor impossible. Contingency calls attention to the non-necessity of the occurrence of the event; a contingent event happens in some possible worlds but not in others. In turn, we propose an empirical measure of contingency that examines the distribution of possible world cases across the event and its negation. For a token event X, contingency is measured as the percentage of possible world cases in the set ∼X.

The idea that causal importance should be built into the definition of a critical event is not particularly controversial. However, case study researchers currently lack a widely shared framework for conceptualizing and measuring causal importance. We propose heuristics involving counterfactual analysis to help estimate this distribution. The heuristics require the analyst to consider possible world cases that are and are not consistent with necessity and sufficiency. Of special importance is the closest possible inconsistent case, which is the case closest to the actual world in which X = 0 and Y = 1 for the evaluation of necessity properties or X = 1 and Y = 0 for the evaluation of sufficiency properties.

Defined by both causal importance and contingency, a critical event allows for a parsimonious explanation of a puzzling outcome. The appeal of this mode of explanation is partly linked to its causal austerity. But its attraction is also related to the idea that an event that was not predetermined decisively shapes the future of a case. With critical event analysis, the counterfactual question of what would have happened – what could have happened – is spotlighted and given center stage. Critical event explanation accords with self-understandings of one’s own personal development: we often explain our own trajectory using critical event analysis. Given these appealing features, historical and case study researchers will surely continue to search for critical events in their explanations of puzzling outcomes.

First, some events are contingent but not causally important. This is the case if their occurrence of is theoretically surprising but does not play a major role in enabling or generating an outcome. These events may appear as pieces of noise that shape an outcome in small, unpredictable, and inconsistent ways. In general, they are assumed to be too random and inconsequential to merit sustained attention. Another important set of events, are those that are important causes that are not contingent. These events differ from critical events in that their occurrence is anticipated by and encapsulated within theoretical orientations. When explaining contingent outcomes, these non-contingent, important causes are not featured in the explanation because they are logically impossible: an individually important cause of a contingent outcome must itself be contingent.

Finally, some events are neither causally important nor contingent. These events may help set the general context against which important causal processes unfold. They may also contain within them important events; or they may be overarching events within which important sub- events are located. Usually, however, events that are neither causally important nor contingent refer to trivial and expected occurrences that are ignored or taken for granted in case study explanation. A major exception exists in which unimportant, non-contingent events do play the leading explanatory role: gradualist explanations of contingent outcomes. With a gradualist explanation, many small, unexceptional causes push in a consistent direction to enable and produce a puzzling outcome (cf. Thelen 1999; 2003; 2004; Streeck and Thelen 2005; Mahoney and Thelen 2010).

In one sense, critical event analysis and gradualist analysis are rival frameworks that compete with one another. For any puzzlingly outcome in a particular case, one can pose the question of whether critical event analysis or gradualist analysis better explains the outcome. Likewise, if a scholar asserts that a critical event explains in substantial measure an outcome, one can always explore the rival hypothesis that a gradual process actually explains the outcome (or vice versa). In another sense, however, the two modes complement one another rather than compete. On this view, some contingent outcomes are best explained by critical events, whereas others are best explained by gradualist processes of change. The two frameworks may both be useful for case study research, though not simultaneously useful for a specific outcome in a particular case. This complementarity view suggests an important research agenda focused on identifying when and why a given framework is more useful for explaining a given outcome. It is an open empirical question regarding the frequency of punctuated versus gradual change in the social and political world. And it is an open question regarding the kinds of puzzlingly outcomes that are best explained by gradual processes of change versus critical events.

Going forward, the framework of token causation developed in this paper could offer a common vocabulary and a common orientation for synthesizing work on critical events and work on gradual change. The point of such a synthesis would not be to dissolve critical event analysis and gradualist explanation into a compromise framework in which all change follows an intermediate pace. Rather, the goal must be to arrive at a satisfactory solution for understanding when and why one kind of change prevails rather than the other. By beginning to clarify the critical event side of this possible synthesis, we hope that this paper encourages new methodological work by scholars interested in the other gradualist side.

Moore, Barrington. 1993. Social Origins of Dictatorship and Democracy: Lord and Peasant in the Making of the Modern World. Beacon Press.

* This essay is from Trajectories (Newsletter of the ASA) Vol 30 (No2-3), Winter/Spring 2019. The cover image is from https://mikedeakinart.com/art-journal-page/art-journal-page-cause-effect/