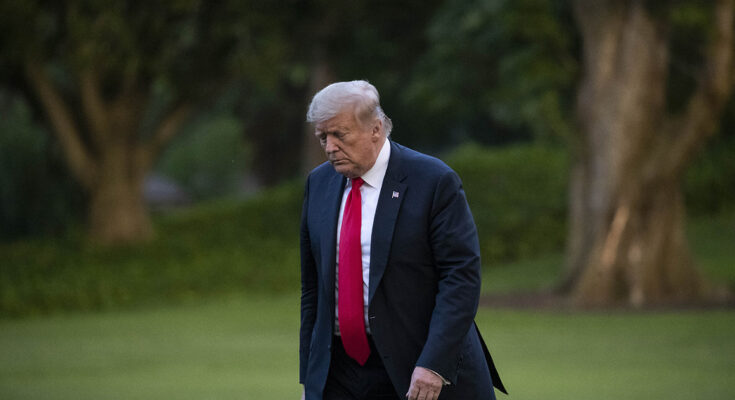 There are two main explanations for Trump’s 2016 victory and for his voters’ enduring loyalty. One sees his support as largely racist, a reaction by white voters against having been governed by a Black man for eight years and what many of them regard as repeated insults from privileged elites. The other focuses on Obama’s neoliberal policies, which led to atepid recovery from the 2008 financial collapse and the spectacle of massive bailouts for banks but not for mortgage holders or the unemployed combined with total impunity for the rich crooks who caused the crisis. Of course, in a nation with a huge electorate, both those motives along with others animated millions of voters. And we need to recognize that voter suppression, ubiquitous rightwing media outlets, and the bias of the Electoral College have been essential to give any Republican in this century a realistic chance of being elected president. (Gerrymandering and the concentration of Democratic voters in compact urban districts benefit Republicans in races for Congress and state legislatures.)

In 2020 Trump received eleven million more votes than he had in 2016, while Biden exceeded Hillary Clinton’s total by fifteen million. The depressing interpretation is that millions of new voters flocked to Trump despite his catastrophic failure to address the health or economic effects of the COVID-19 pandemic, his inability to ever reach 50% approval, and his ostentatious dishonesty, corruption, crudeness and debauchery. The glass half full view is that Biden’s 51.3% was the highest percentage a challenger to an incumbent president has received since FDR in 1932. And Trump was the first incumbent since Herbert Hoover to lose the presidency and both houses of Congress for his party in a single term.

Both perspectives get at essential realities of US politics today. It is incredibly hard to dethrone a president, so Biden’s victory reflects the electorate’s acknowledgement of Trump’s gross record of failure. Trump was the first president, again since Hoover, to end his term with a net loss of jobs. The GDP growth rate during Trump’s term was the lowest since Hoover’s. He failed to deliver on his 2016 promises of a vast infrastructure plan or to restore industrial jobs. His only significant legislative achievement, the 2017 tax cut bill, received negative approval ratings in every poll, a clear difference from the public reception of the Bush and Reagan tax cuts, and perhaps a sign of public recognition that Trump’s tax cuts, even more than Reagan’s and Bush’s, go almost entirely to the very rich and to corporations.

And yet…we need to remember that Trump’s economic failures, general ineptitude, and knack for hiring cranks and fools were compounded by the COVID-19 pandemic. I think it is almost certain that without the deus ex machina of a pandemic the economy would have been good enough, and Trump’s incompetence and callousness not blatant enough, to allow him to win an Electoral College victory even as he would have joined Bush in 2000 and himself in 2016 in winning the presidency while losing the popular vote. After all, if Trump had gotten 80,000 more votes in Georgia, Arizona, and Wisconsin, he would have tied Biden with 269 electoral votes for each, throwing the outcome to the House where Republicans hold a majority of states, and which would have given Trump the presidency. So the real question then becomes, how can we explain so many Americans’ modest expectations of their presidents?

Trump’s initial election and his enduring support from more than 40% of the electorate are grounded in a decades-long failure of presidents, and American government more broadly, to deliver benefits for ordinary people. Except for Obamacare, there has not been a single significant addition to social benefits since the Johnson administration. When Bill Clinton touted the Family and Medical Leave Act of 1993, which provides 12 weeks of unpaid leave, as one of his major achievements we were deep in the realm of the pathetic.

As has been endlessly reported, median income has stagnated since the 1970s. Life expectancy and educational attainment have plateaued in contrast to every other rich country and many much poorer ones. The system for paying for medical care has become ever more baroque and open to grifting even with Obamacare. Student debt has risen over $1 trillion in the past twenty years. At the same time, the ability of the rich to benefit from tax cuts, bailouts, subsidies, and contracts has become ever more open.

Republicans have been masterful at undermining confidence in the idea that elections can matter for anything other than packing courts and asserting the superiority of “real” Americans against the Democrats’ multiracial cosmopolitan coalition. Using the filibuster and other parliamentary mechanisms, Republicans have prevented Democratic presidents from delivering on their promises no matter how modest. Rightwing judges have blocked administrative measures. The US state relies much more than other wealthy nations on regulation and provisions in the tax code to deliver social benefits and to protect citizens. Such measures inevitably become ever more complex and open to manipulation by lobbyists who, unlike ordinary citizens, have the time and expertise (or money to hire experts) to manipulate agencies, including the IRS, to lock in special benefits and undermine broadly worded laws that proclaim the intention of guarding citizens’ health, safety, and ability to work and consume free from theft by their employers and the corporations from which they purchase goods and services.

Democrats in recent decades have been unambitious in their reform proposals. With the great exceptions of Bernie Sanders and Elizabeth Warren, Democratic presidentialandidates in the post-Reagan era have mimicked Republicans and devoted their efforts to explaining why they couldn’t enact benefits citizens in other rich countries take for granted. Instead, they have invited voters to participate in “conversations” about race and poverty, discussions that they admit are intended to enlighten rather than to solve problems. (Biden, in response to Sanders’ challenge and in contrast to Clinton in 2016, offered surprisingly expansive proposals even as he evoked nostalgia for the supposedly golden Obama years.)

Voters get almost no help from journalists in understanding the complexities of government decisions or in seeing the implications of legislation and budgetary and administrative measures. Americans have little idea how the government spends money. Among the most extreme and enduring errors is the belief, revealed in poll after poll, decade after decade, that foreign aid makes up at least 20% of the federal budget (the real number is under 1%). Democratic presidents do little to clarify matters. Obama, in perhaps his worst act of political malpractice, never articulated the difference between his Recovery Act of 2009 and Bush’s bank bailout in late 2008.

All this understandably led many voters to yearn for a strongman who could “drain the swamp” (in Trump’s own words) and “knock heads together” (in someone else’s words). Trump issued a continuing stream of promises and boasts in his campaigns and during his presidency. Despite legacy newspapers’ and television networks’ escalating willingness to label Trump’s claims as lies, polls and interviews suggest that the 74 million who voted for Trump in November took his violent rhetoric as evidence of his willingness and success in confronting “special interests.” That term is vague enough to encompass both the billionaires that Trump claimed he knew and had the wealth and audacity to deny as well as China, immigrants, demanding minorities, and snooty coastal elites. In the absence of real knowledge about how government works, it became easy for Trump’s supporters to mistake inhuman measures against immigrants and violent rhetoric against China for real action against those and other targets.

President Biden and Congressional Democrats are giving clear indications that they have absorbed the lessons of the Clinton and Obama years. Only massive spending and dramatic reforms can cut through the miasma of misinformation and ignorance that allows so many voters to believe that the Republicans are the party of “ordinary people” or that there are no essential differences between the two parties and therefore they might as well go with the party that indulges their hatreds and puts up candidates who at least offer a good show. Warnock and Ossoff’s success in campaigning on the promise to deliver $2000 relief checks emboldened Democrats to refuse Republican “compromises” that would have reduced that amount or otherwise significantly cut the $1.9 trillion total of the new relief bill. If that measure is followed by further achievements such as a massive infrastructure bill oriented toward green energy, a $15 minimum wage, and strong regulatory measures that offer palpable protections to workers and consumers, then voters will be able to see clear differences between the two parties and will have the motivation to vote for Democrats at all levels in coming elections.

Democrats can’t count on media, even that produced by sympathetic journalists, to explain how those measures will impact ordinary Americans. Politicians will need to tout those accomplishments themselves again and again. The 2020 election demonstrates that even the most egregious failures and grossest behavior will not cost Republicans enough votes to ensure their defeat. Democrats need to produce dramatic programmatic achievements and to publicize those relentlessly. Otherwise, we will see a repeat of the 2010-16 election cycles. Republicans will be able to distort Democrats’accomplishments, a task made easier if those successes are meager or hidden in convoluted legislation. Unless and until voters see improvements in their lives, they will continue to blame an array of enemies that Republicans will vilify in colorful and violent language.

The dilemma Democrats face today is not unique to the US or to this moment. Left parties win support when they institute policies that deliver results that make real and legible differences in peoples’ lives. The more complex the programs, especially when they are not universal and have elaborate procedures for deciding who qualifies, the harder it is for voters to see those results and the easier it is to believe that someone else is benefitting at their expense. The target of resentment differs from country to country. In the US that someone else most often is seen as Black. Thus, the lack, or progressive weakening, of universal social benefits provides fuel to sustain old and animate new prejudices.

As unions weaken in most rich countries and media become ever more concentrated and open to rightwing manipulation, voters lose access to institutions that can explain the implications of electoral and legislative choices. Biden and the current Democratic Congressional majority, like their counterparts in other countries, can overcome those limitations only with clear and ambitious programs that deliver benefits that are impossible for the broad public to ignore and therefore difficult for Republicans to distort.

For comparative historical sociologists, the post-Trump era provides an interesting case to test our theories on how policy is made and how voters understand their choices. For those of us who live in first world democracies (however limited) and who would like the next generation to have that same option, the decisions elected officials and ordinary citizens make hold much more than academic interest.

The essay is published at TRAJECTORIES (Spring 2021 – Special Issue)